Silk fibers are naturally produced by silkworms during a process referred to as sericulture. During sericulture, silkworms feed on beds of mulberry leaves until the become fully grown and eventually spin themselves into cocoons. The cocoons are then placed into boiling water so that the silk threads can be extracted, and subsequently died, spun, weaved, and finished.

This is How is Silk Made: 7 Steps. 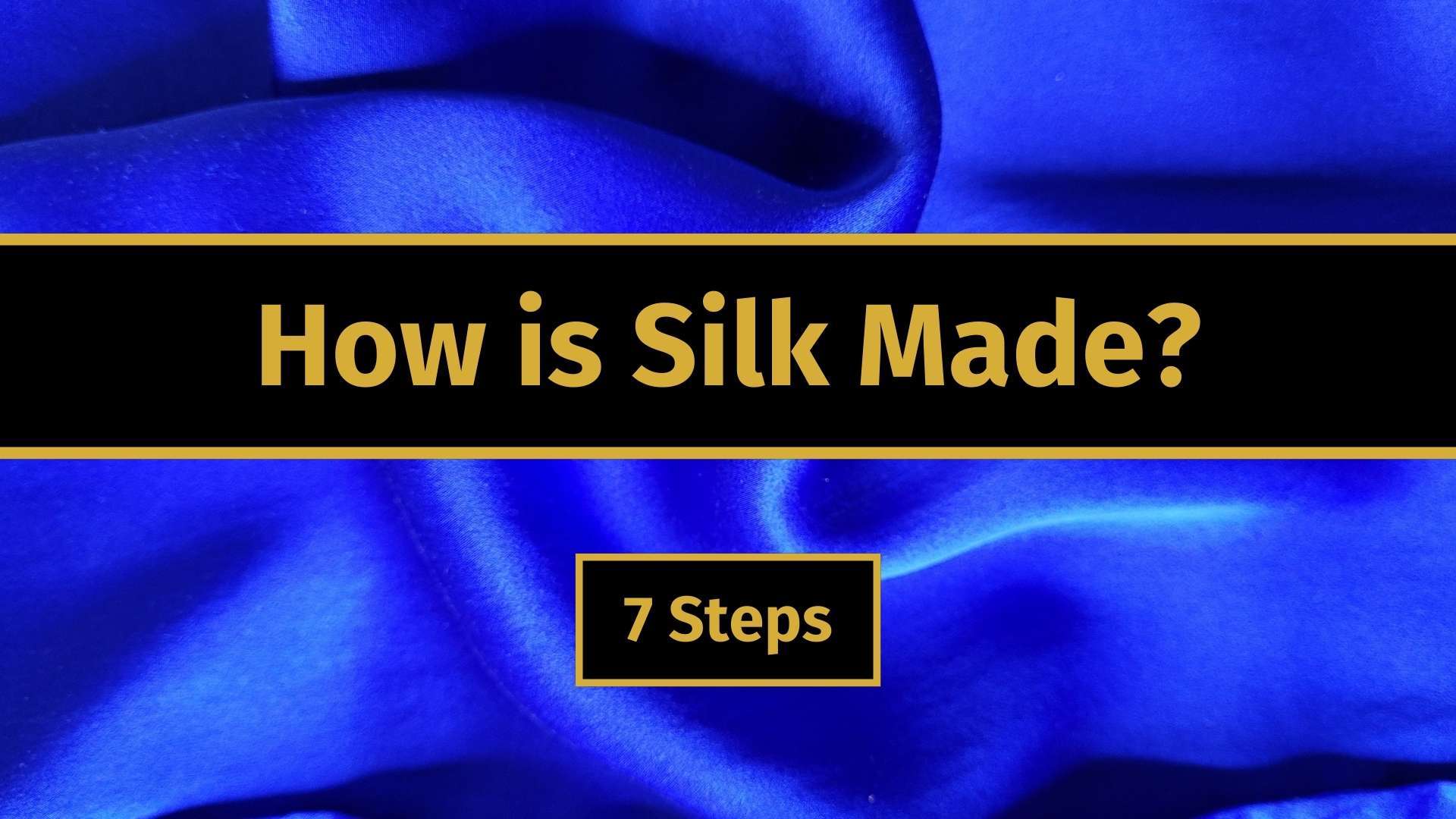 This article provides information on how to make silk, as well as the origins of silk, where silk comes from, and which country exports the most silk.

Where Does Silk Come From?

The large majority of the world's silk supply comes from China, with Japan and India in a distant 2nd and 3rd. China not only produces the most silk in the world, but it was also the place where silk was first discovered.

The most ancient silk artifacts ever discovered were found in China and date back to the year 3630BC, which makes them around 5,600 years old! There is even a written reference to silk that was found on a bronze fragment in Anyang that was made during the time of the Shang Dynasty, which existed about 3,600 years ago!

Legend has it that silk was discovered during the time around 3000 BC, in the Henan region of China when Empress Liezu saw that a silkworm cocoon had fallen into her hot tea while she was lounging in the garden. While the cocoon was submerged in her tea, it slowly started to unravel, leaving the Empress fascinated by this strange occurrence. Once she extracted the cocoon from her tea she noticed that it had become relaxed and was now one long, thin, soft silk fiber.

After the discovery by the Empress, silk rapidly gained popularity in Asia and saw production methods become increasingly advanced by 1600-1046BC. Though centuries have passed, the production methods used for making silk remain largely unchanged, and this beautiful ancient fabric continues to be as luscious and desirable as it was thousands of years ago.

How is Silk Made?

Silk fibers are naturally produced by silkworms during a process referred to as sericulture. After eating heaps of mulberry leaves the silkworms eventually spin themselves into cocoons. The cocoons are then placed in boiling water so that the silk threads can be extracted, died, spun, weaved, and finished.

Continue reading the steps below to learn in detail how silk is made.

Sericulture can also be referred to more simply as silk farming. Silk farming is the process of raising silkworms, feeding them mulberry leaves in abundance, and letting them grow to full size so the silkworms are able to harvest their cocoon.

This is the natural and amazing first step in the production of silk fabric!

Once fully developed, the cocoons are then gently placed into a pot of boiling water in order to soften and dissolve the gum that is holding the cocoon together so that the silk threads can be extracted.

Now that the dying part of the process is ready to begin, the fibre first needs to be bleached and dried.
When the silk has been bleached, dried, and is ready, it will then be immersed into a dye bath to soak up all the color. The fabric sits in the dye bath for approximately one hour, depending on how vibrant the color is expected to be.

Spinning unwinds the fibers after they have been dyed, and lays the fibers flat on a bobbin to prepare it for the next important step: weaving.

There are numerous different ways to weave silk, however the most popular types of weave remain: satin, open, and plain.

The weaving step involves interlocking 2 silk threads around each other in a uniform matter so that they eventually become a strong, useful piece of fabric.

Printing only occurs should the fabric require a special pattern or design instead of a one solid color that comes during the dying process of production (step 3).

Digital printing is most popular way to print designs and uses a special textile printer to make the patterns on the silk fabric.

Screen printing is the more traditional way to dye silk, although it is much more laborious and hands on compared to the newer digital printing method.

This is the last step in the process on how to make silk. The step when that that famous glossy, bright, shining, luxurious sheen and glow gets added to the silk fabric. Finishing involves a number of treatments, with the end result being the bright and sparkling silk fabric that we have all come to adore.